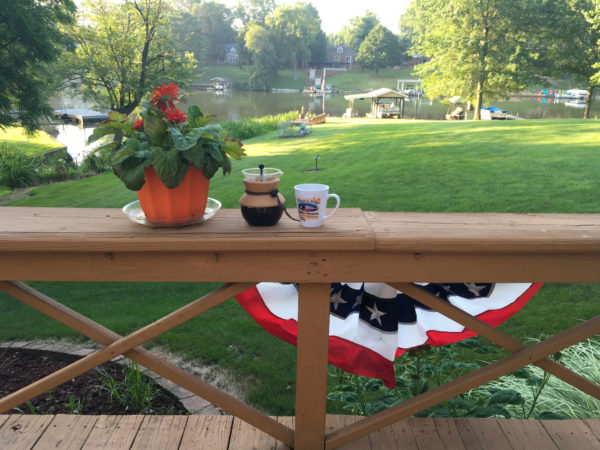 One day over a decade ago, a good friend of mine came to my desk all excited for me to try a new coffee he had.

After my first taste I said, “Wow, where can I get some of that”! He said, “My house”. Curious, I had to know more. He began to tell me about how he learned to roast his own coffee at home. The coffee was so good that I had to investigate. My research led me to a new way of making coffee I had no idea existed. You see, we are both engineers, and to us, understanding the process and building a better mousetrap is just our nature.

After learning the basic thermodynamic challenge required to convert the outer bean, moisture, sugars and oils; I began focusing on the ‘mousetrap’. I found an old-fashioned crank-handled popcorn popper at a thrift store, drilled a hole in it for a thermometer and put it on the stove to see if I could reach the needed temperatures. I did! OK, in went some green beans. After about 20 minutes of constant stirring, I heard the first crack. It sounded like faint popcorn popping. How ironic that I was roasting in a converted popcorn popper. Well I kept stirring, listening intently to what the community literature said would be “second crack”. When it finally occurred it sounded more like Rice Krispies, but then the smoke began to cloud our kitchen and within a short time the smoke alarm reported that I exceeded its limits. Roasting was now banished to the side burner of our gas grill outside. 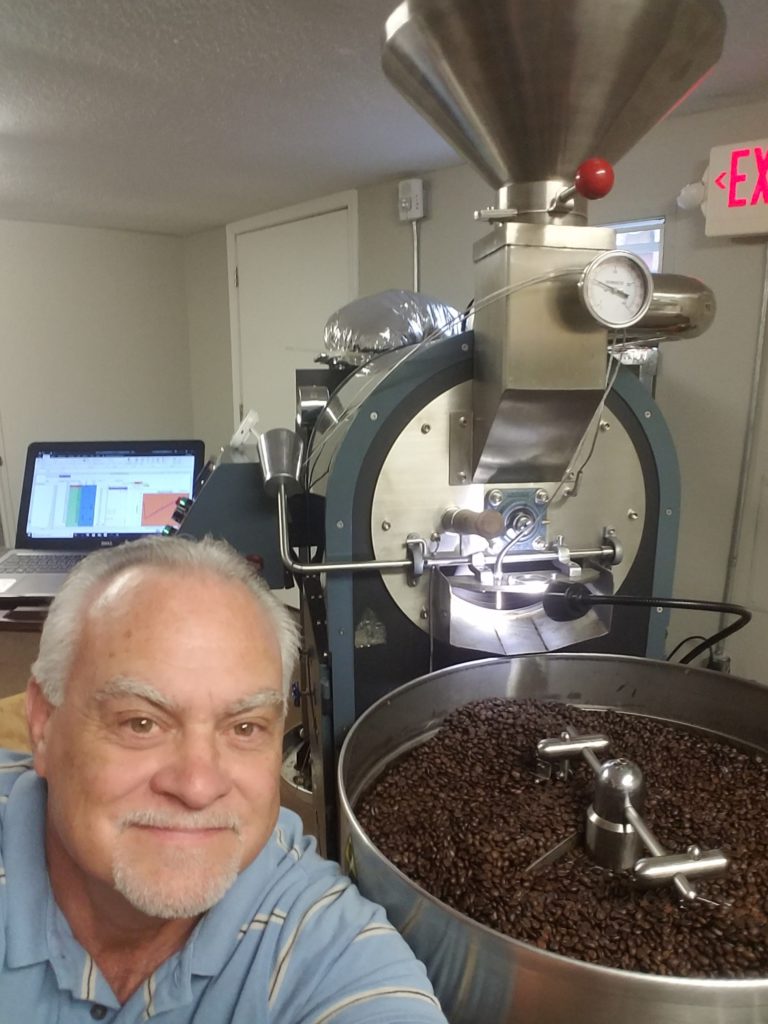 Fast forward through the seasons of roasting like that, too hot in the summer and too cold in the winter.

My wife saw I was hooked, and for my birthday, upgraded me to my first real roaster, the Behmor 1600 that could almost roast 1 pound. Through those early years my office became more and more popular. Many friends stopped by with coffee mug in hand. I told them all that they were officially on the “Flavor Research” team as we discussed each roast and country of origin. Well, friend told friend until one day I just couldn’t keep up. A couple friends even told friends of theirs that had restaurants…I then started dreaming bigger. That’s when Water’s Edge Coffee Roasters was born. After an equal measure of research and praying, we decided to launch our business.

I attended the Specialty Coffee Association of America’s (SCAA) National Roasting Certification course. I began roasting for a local coffee shop while investigating which roaster to invest in. I chose the North 3kg (6.6 lb) gas roaster from Mill City Roasters. It turns out I chose wisely because they went on to win Roaster of the Year from SCAA. Now everything was in place except naming our business.

Well…about 20 years ago my girlfriend at the time, and I were enjoying a beautiful October sunset. The moon was out in crescent and as the sun set, Venus appeared in the sky almost touching the crescent moon. It was so perfect that I found my arm slip from her shoulder where I wrote “Marry Me” in the sand. She lit up, and the “YES” was obvious in her eyes as she began scooping up the sand where I wrote. That sand is in a bowl in our house to this day. So that night at the water’s edge, our family began. She sketched that same sunset for the cover of our wedding announcements, and now 20 years later, it is our signature logo. 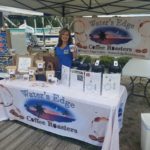 We hope you share our passion for the finest roasted coffee in every cup of Water’s Edge Coffee!

We strive to roast small batches by hand so as to maintain the maximum freshness. Additionally, we only roast to meet demand. Further ensuring you will only drink coffee roasted within a week or two. We work with a green coffee importer that sends assessing teams into coffee countries to evaluate each crop and bid on the finest greens. We select various samples from them to assess ourselves before choosing the perfect beans. This selective process allows us to provide the best coffee you will ever drink.

Something else very important to us is our faith and community. Our parallel mission is to allow our business to support our community and local charities. We are pledging to donate 10% of our profits back into our community. Please visit our Charity page where you can learn more about our philanthropic partners and join us in Bean-efitting the community.